Bahrain: Tortured and Injured Ali Al-Singace Sent to Solitary Confinement Instead of Hospital 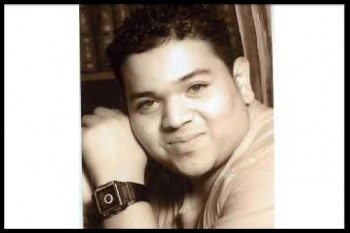 The Bahrain Center for Human Rights (BHRC) is gravely concerned for the health and wellbeing of Ali Abdullah Al-Singace, who is still subjected to torture, denied access to adequate medical care, and has been in solitary confinement for the last ten days.

Ali Al-Singace is a 20 year-old Bahraini who was initially sentenced to death by a military court during the imposed State of National Emergency in 2011; his conviction for allegedly running over a policeman on 16 MAR 2011 was later reduced to a life sentence. Ali was not given a fair trial, and his conviction remained in place despite the fact that the lawyers had presented evidence that Ali had a broken leg during the time of his alleged crime. For more background information on the case, please refer to: http://bahrainrights.hopto.org/en/node/3983.

Since the day of his arrest on the 23rd of March 2011 until now, Ali has been subjected to different kinds of physical, sexual and psychological torture. He was reportedly stripped of his clothes and brutally beaten with sharp weapons, metal rods and wooden sticks on different parts of his body, causing him to suffer from severe back and chest pains. He was also threatened with rape and death, and has lost some of his teeth after he was beaten in the face. 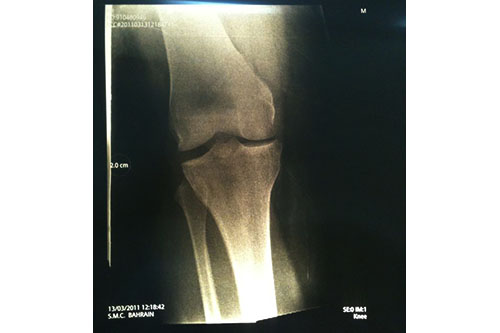 When Ali was arrested in March 2011, he was suffering from a broken knee during the attack on protesters at the Pearl Roundabout on 17 Feb 2011. According to his family, Ali was deliberately beaten on his injured knee while in detention, and his condition became much worse. As a result of being denied treatment despite the warning signs of his deteriorating health condition, Ali lost his balance and fell while in prison, breaking his ankle. He did not receive any treatment for his broken ankle, and he was only given crutches to use for ten days. Later, his kneecap dislocated, which now requires an urgent surgery. He received some physiotherapy treatment at the military hospital, but his family complains that the treatment is inadequate and demands that he be taken to a hospital where he can receive extensive treatment and medical care until he fully recovers from these injuries.

On 28 May 2013, Ali Al-Singace called his family and informed them that he was beaten by police for refusing a physical check, which he stated equates to sexual harassment. Since that time, Al-Singace has been placed in solitary confinement and was not allowed to contact his family. On 2 June his family went to the prison where the Director of Reform and Rehabilitation at the Ministry of Interior, Lieutenant Colonel Mohammed Rashid Al Hussaini told them that Ali is in solitary confinement because he refused the body search. Alhussaini told the family that Ali will be taken out of solitary confinement on 02 June, and that he will contact them. However, he has not contacted them until the time of writing this report.

By placing Alsingace in a solitary confinement despite his medical condition which requires immediate adequate medical attention, the Bahraini authorities have violated the Standard Minimum Rules for the Treatment of Prisoners that states in article 32.1 “Punishment by close confinement shall never be inflicted unless the medical officer has examined the prisoner and certified in writing that he is fit to sustain it.”

The BCHR calls on the United States, the United Kingdom, the UN and all other allies and international institutions to put pressure of the government of Bahrain to: