3 Asian workers die from exposure to methane in Bahrain 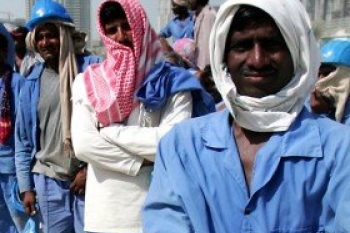 One of the men fainted as he was working on pipes inside a nine-metre hole in Nabih Al Saleh, in the suburbs of the capital Manama, prompting his colleagues to go down to try to rescue him.

Unprotected exposure to the colourless and odourless gas formed by the decomposition of animal and vegetable matter can be fatal.

In May last year, a Bahraini national and two Asian workers died after inhaling toxic gas.

The three men were working in a septic tank in West Al Eker, a village south of Manama.

The first victim died when he went down a septic tank and inhaled the deadly gas. His colleagues died after they rushed to rescue him, but were exposed to methane.

“We urge all contractors to take the highest levels of precautions to ensure the safety of all workers,” the ministry said. “Workers should be made well aware of the poisonous gas and of the risks associated with it. The law and the relevant regulations are very clear on these procedures and we urge full compliance.”