Bahrain: Arrest of a Victim Who Sought Justice Against Abusive Policeman at Court 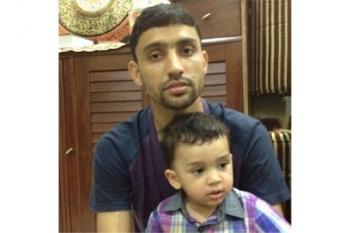 The Bahrain Center for Human Rights expresses concern over the reprisals that are brought against citizens who expose the human rights violations perpetrated by the government of Bahrain and attempt to seek justice.

On 22 Sep 2013, Haider AbduRasool was arrested during a dawn house raid on his home in the village of Aali. On 24 Sep the public prosecution ordered his detention for 60 days under the counter-terrorism law.

Last December, AbdulRasool spoke to the media and went to court to file charges against a police officer who stopped him in the road of his home village and slapped him in the face while AbdulRasool was carrying a child in his arms. An anonymous cameraman took footage of the “slapping” incident, and published the video over YouTube. The video went viral and forced the Ministry of Interior to acknowledge the abuse and begin an investigation into the incident. See the full video here: https://www.youtube.com/watch?v=zI_L1rAn4Bw

In January 2013, the lawyer of AbdulRasool stated that he was pressured to drop the case against the police officer and “forgive him”. AbdulRasool was determined to seek justice as he was subjected to humiliation, as was his child who he was carrying in his arms. It should be noted that online activists have documented other violations committed by the same police officer “Ali Aref” who has been involved in the beating of citizens on the street (see video: https://www.youtube.com/watch?v=Tw4pio5ZbsM)

On 18 Jun 2013, a Bahraini court sentenced the police officer “Ali Aref” to 2 months imprisonment and fined him 50 Bahraini dinars. Although it’s not confirmed whether the officer has actually served the sentence. The fact that the arrest of AbdulRasool came a short time after the end of the officer’s sentence, it appears to be a direct reprisal against his determination to seek justice in court.

AbdulRasool is not the first citizen to be punished for exposing government violations and seeking justice. The BCHR has documented several other cases, including the case of Ahmed Mowali, who has been detained since 11 Aug 2013 for continuously protesting against the government, for failing to bring those who have killed his son under torture to justice. (More details on http://www.bahrainrights.org/en/node/6339 ).

The BCHR calls on the United States, the United Kingdom, the United Nations and all other close allies and relevant international institutions to pressure the government of Bahrain to: