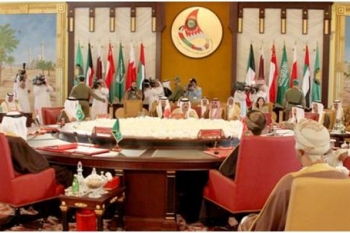 The Bahrain Center for Human Rights expresses its concern for Bahrain and the neighbouring countries in the GCC resort to signing new security agreements and treaties while it is known that the cooperation between the security apparatuses already exists since 1994, namely since 20 years ago according to the security agreement to tackle crime. However, the new transnational security agreement for each country includes clauses that conflict the liberties stated in the International Covenant on Civil and Political Rights and also contradicts the local legislations and constitutional provisions.

On 13 November 2012, a security agreement was signed among the GCC countries in Riyadh and it was adopted during the 33rd summit held in the Kingdom of Bahrain from 24 to 25 December 2012.

Since the signing of the agreement, the BCHR has documented a number of cases in which Bahraini citizens have fallen victims of human rights violations as a result of implementing this agreement. In January 2013, three Bahraini citizens living in Oman were subjected to arbitrary arrest by the Omani intelligence, they were then transferred to Bahrain where they became victims of torture according to the information received. They were convicted of terrorism, and were defamed on local media. Following the arrest that lasted for 10 months, they were released after being acquitted by court.[1]

In January 2014, the Bahraini actor Sadiq Al-Shabani, who was living in Oman, faced arrest and enforced disappearance for an approximate period of 20 days, and he was being interrogated by Bahraini interrogators in Oman; this took place before he was transferred to the Criminal Investigations Department in Bahrain.[2]

In February 2013, the Bahraini journalists Reem Khalifa and Mansoor Al-Jamri were banned from entering the UAE through Dubai airport without providing any reasons; this seems to be in relation to the black lists which the government is working on circulating to the Gulf authorities to ban or harass the activists at frontiers.[3]

Following are the clauses that violate the international conventions:

Article (2): State Parties cooperate to hunt down system outlaws, or wanted by State Parties, regardless of their nationality, and take necessary action against them.

This article, and specifically in the use of the vague term ‘system outlaws’ without specifically defining it could be used in an arbitrary manner to restrict liberties and pursue political activists, opponents and human rights activists. This is a clear violation of the first clause of Article (9) of the International Covenant on Civil and Political Rights which states, ‘1. Everyone has the right to liberty and security of person. No one shall be subjected to arbitrary arrest or detention. No one shall be deprived of his liberty except on such grounds and in accordance with such procedure as are established by law’. It also conflicts the first clause of Article (11) of the Universal Declaration of Human Rights which states, ‘Everyone charged with a penal offence has the right to be presumed innocent until proved guilty according to law in a public trial at which he has had all the guarantees necessary for his defence’. Also, it is inconsistent with the Bahraini Constitution and is considered a breach of the principle that the accused is innocent until proven guilty by a court of law that provides the necessary guarantees to exercise his right to self-defence.

Article (3): Each State Party can take legal action in regards to a crime, according to their domestic legislation, against the intervention of citizens or residents in the internal affairs of any other State Party.

It is not clear what is considered an ‘intervention’ in the internal affairs, yet this article is considered an apparent violation and breach of Article (19) of the Universal Declaration of Human Rights which states, ‘Everyone has the right to freedom of opinion and expression; this right includes freedom to hold opinions without interference and to seek, receive and impart information and ideas through any media and regardless of frontiers’. It also violates the first clause of Article (18) of the International Covenant on Civil and Political Rights which states, ‘Everyone shall have the right to freedom of thought, conscience and religion’.

Article (4): Each State Party shall cooperate to inform the other parties - upon request – about the information and personal data of the citizens of the requesting State or its residents, in the terms of reference of the Ministries of Interior.

One of the sources of concern is that this article permits the ministries of interior to request personal information without resorting to the judicial bodies and without requiring a court ruling according to the regular implemented procedures as is the case with international agreements where such measures are usually regulated through court when the prosecution of one country requests information from another country.

Article (8): State Parties exchange the names of exiles and those with dangerous precedents and the data and information related to them, and report on their movement.

This article contradicts the right to freedom of movement and travel according to Article (12) of the International Covenant on Civil and Political Rights which states, ‘Everyone lawfully within the territory of a State shall, within that territory, have the right to liberty of movement and freedom to choose his residence. Everyone shall be free to leave any country, including his own. The above-mentioned rights shall not be subject to any restrictions except those which are provided by law, are necessary to protect national security, public order, public health or morals or the rights and freedoms of others, and are consistent with the other rights recognized in the present Covenant. No one shall be arbitrarily deprived of the right to enter his own country’. It also contradicts Article (13) of the Universal Declaration of Human Rights which states, ‘Everyone has the right to freedom of movement and residence within the borders of each state’. The BCHR had previously documented cases of arbitrary measures practiced against activists to restrict their freedom[4] and deprive them their right to practicing their peaceful activity.

Article (10): States Parties collectively or bilaterally work on achieving effective integration of the security services and operational cooperation among themselves, and provide support and assistance – upon request – to any State Party, in accordance with the conditions of the state and the States Parties that are required to do so, in order to meet security disturbances and disasters.

This article is considered a breach of national sovereignty, as this goes beyond security cooperation, it is operational cooperation on the ground by providing support and assistance. This legislation allows repeating the military intervention to confront people’s revolutions as had happened in March 2011 when the military forces entered Bahrain under the name of the ‘Peninsula Shield Forces’ to crush the public protests demanding freedom and democracy. Worth mentioning that this article is actually being implemented in Bahrain; information was received that the Emirati policeman killed in March 2014 is one of the security forces participating amid the lines of the Bahraini police.[5]

Article (11): States Parties, according to each case, and at the request of a State Party works on allowing experts of the requesting State Party to be present during the stage of collecting evidence that takes place in the crimes occurred and are relevant to its security, or similar offenses occurred in its territory, or whose perpetrators hold its nationality, or have had partners who reside in it, or scheduled to ensue results in its territory.

The ambiguous terms in Article 11 raise concerns in terms of being used arbitrarily against human rights defender or political opponents.

Article (16): States Parties, as required by national legislations and agreements that the State Party commits to which is requested to extradite, to extradite persons within its territory that have been accused, or convicted by the concerned authorities of any of them.

This article conflicts with Article 21 of the Bahraini Constitution which states, ‘Extradition of political refugees is prohibited’.

The BCHR believes that the aim of the new security agreement is to monitor, follow and prevent human rights activists and politicians from exercising their peaceful demand activity and to restrict their movement in the GCC countries.

While the security agreement was adopted in Bahrain without any public consent, and without it being earnestly discussed by the Council of Representatives which was quick to endorse it in June 2013[6], the Bahraini political forces considered it a blatant violation of the nature of development, as the agreement directly contradicts the constitutional articles that guarantee public and private freedoms.

Based on the aforementioned, the Bahrain Center for Human Rights calls on the United States, United Kingdom, United Nations and all the other close allies and relevant international institutes to exercise real pressure on the government of Bahrain in order to: