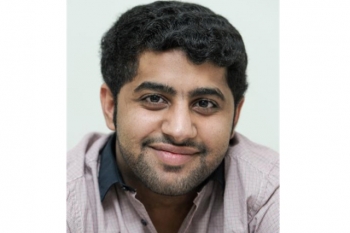 The Bahrain Center for Human Rights is extremely concerned for the safety and health of imprisoned photographer, Hussain Hubail, whose health is deteriorating threatening his life. Since his transfer to Jaw prison on 28 April 2014 he has not been provided with adequate access to medical care.

Hussain Jaffer Hubail, 21 years old is an award-winning Bahraini freelance photographer, who was arrested on 31 July 2013. He was subjected to enforced disappearance for four days, during which time his family went to ask about him at the Criminal Investigation Department; the authorities denied he was in detention. On 05 August 2013, Hubail was transferred to Dry Docks prison, where he was allowed to contact his family for the first time.

The BCHR received confirmation that throughout his entire stay at the Criminal Investigations Department (CID), Hubail was subjected to torture, such as beatings and kicking in the stomach and face, was kept in an extremely cold room, was forced to stand up for long periods of time, as well as sleep deprivation. Hubail reported that while at Dry Dock Detention Centre awaiting his sentence, the authorities repeatedly failed to give him medication for his high blood pressure, neither in the correct dose nor at the correct time. Hubail requires his medication daily, but the prison authorities have been inconsistent in providing this medication, and at times only providing it once per week. Hubail was sentenced on 28 April 2014 to five years in prison for “inciting hatred against the regime through social media, and calling for illegal protests” and was then transferred to Jaw prison. [Please see charges in Arabic: Link]

Hubail is currently awaiting an appeal on his five year sentence. His lawyer has made numerous bail applications on the basis of Mr Hubail’s health condition, but this continues to be refused, and his trial keeps being postponed.

Hubail suffers from a heart condition and has had numerous health issues during the course of his detention, as a result of his condition. His health has been worsened by the severe torture he underwent in the CID. As per available information, Hubail has, on at least five occasions, been sent to the Salmaniya Hospital and the prison clinic suffering from symptoms such as heart spasms, heart pain, high blood pressure and shortness of breath. The first time Hubail was sent to Salmaniya Hospital was on 2 January 2014, when he collapsed due to a heart spasm. Most recently he was kept in a hospital from 13 to 16 March because of chest pain. His family was not informed by the prison authorities about this transfer to the hospital and only found out indirectly. During his stay at hospital in March 2014, Hubail wrote a letter (Arabic), wherein he stated that he had "seen his death" on 13 March 2014 when he had an attack as a result of his heart condition. Hubail is calling on various organizations, that could help push for his release, so that he can continue to attend his trial alive.

In March 2014, Hubail was given a report explaining his condition, along with his medications and a transfer paper to the Bahrain Defence Force hospital, where was to visit the heart clinic to determine if surgery was needed. Hubail was taken to these appointments, where they performed all the necessary medical examinations. After his sentence in April 2014, Hubail’s medical file was not transferred with him to Jaw prison, which prohibited him from taking his medications. Furthermore, he was supposed to have an appointment to know the results of the medical examinations, but the authorities in Jaw prison refused to take him as they did not have his medical file.

A video message from the family of Hubail [English subtitles]:

Hubail has not received any of his medication since the day of the court verdict. Hubail's father went to Dry Docks prison to get his file and even talked to the authorities in Jaw prison, however they refused to listen. Hubail reports that he is experiencing serious pain, with various attacks in the form of heart spasms, heart pain and shortness of breath, but is still left untreated. His father talked to local media in an attempt to pressure the authorities and prison staff to allow Hubail to get access to his medicine, but with no results so far.

The director of complaints in Jaw prison visited Hubail promising to call Hubail’s father in reply to his complaint. At the date of this statement, the director of complaints has not provided any response. Hubail is now living in pain behind bars in Jaw prison suffering without his medication which regulates his heart beats and his high blood pressure, and his health is at extreme risk.