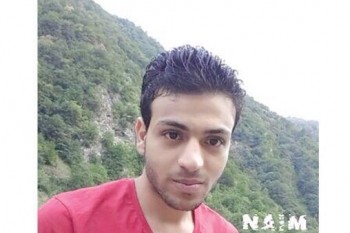 The Bahrain Center for Human Rights (BCHR), Americans for Democracy and Human Rights in Bahrain (ADHRB), the Bahrain Human Rights Observatory (BHRO), the Bahrain Human Rights Society (BHRS), and the Bahrain Institute for Rights and Democracy (BIRD) express serious concern at the extradition of Bahraini citizen Ali Haroun from an immigration detention center in Bangkok, Thailand into the custody of authorities in Bahrain. By extraditing Haroun to Bahrain, Thai authorities violated the international prohibition on refoulement and placed Haroun in a situation in which he has been subjected to enforced disappearance and may have been tortured. The aforementioned NGOs therefore request that the Government of Bahrain release information concerning Haroun’s condition, location and investigate the circumstances that brought about his disappearance and potential abuse.

On 29 May 2013, Bahraini security forces arrested Ali Haroun on charges of illegal gathering and criminal arson in relation to an explosion that occurred in the village of Bani Jamra. Immediately afterwards, the government subjected Haroun to enforced disappearance, and his family was unable to ascertain his whereabouts for a week after his arrest. During the period in which he was disappeared, government security forces allegedly tortured Haroun at Dry Dock Detention Center, beating him, forcing him to stand in stress positions, stepping on him, and depriving him of food,  water, and sleep until he signed a coerced confession stating that he had been involved in the explosion in Bani Jamra. As a result of his torture and other ill-treatment by the government, Haroun suffers from a permanent injury to his spine, has torn ligaments in his leg, and has permanently lost hearing in one of his ears. At trial, the court reportedly utilized Haroun’s coerced confession to convict him on all charges, sentencing Haroun to life in prison.

On 5 May 2014, Haroun escaped custody and fled the country. At the request of the Government of Bahrain, INTERPOL issued an international warrant for his arrest. Thai authorities executed the warrant in early December 2014 as Ali attempted to board a flight to Iraq in an attempt to later travel to a European country to seek asylum. Despite credible allegations existing that Ali had been tortured and would face additional torture if he were returned to Bahrain, Thailand extradited Haroun via a Gulf Air flight to Manama and into the custody of the Bahraini government. According to information received by BCHR, three Bahrain Interpol officers beat Haroun while forcing him onto the flight, causing him to bleed from his face. Sources indicate that the Interpol officers eventually drugged Haroun without the consult of a medical expert in order to secure his cooperation.

Since his extradition, Haroun has again been subjected to enforced disappearance by the Government of Bahrain. An eyewitness claims to have seen an unconscious and bloody Haroun in Salmaniya Hospital, raising concerns that he may have been subjected to further torture upon arrival. The government denies knowledge of his location, and his family has not been allowed to enter the hospital to search for him. On 22 December 2014, the Office of the Public Prosecutor confirmed that Haroun had been injured but absolved the Interpol agents of any misconduct, stating that Haroun “resist[ed] boarding the flight which made him fall and caused minor injuries.”

By assisting with the arrest and extradition of Ali Haroun to the Kingdom of Bahrain, the Government of Thailand, INTERPOL, and Gulf Air have all either committed or aided in the commission of a violation of the international prohibition on refoulement, the act of rendering a victim of persecution to his or her persecutor. Further, by disappearing and allegedly torturing Ali Haroun, the Government of Bahrain has committed numerous violations of international law, including violations of the International Covenant on Civil and Political Rights and the Convention against Torture. In light of these violations, the above-named NGOs issue the following requests.

To the Government of Thailand:

To the Government of Bahrain: