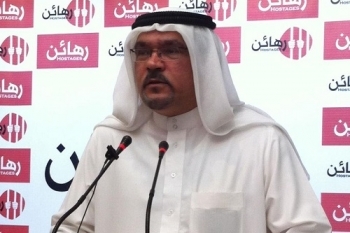 Bahrain Center for Human Rights condemns the continuous targeting of former Members of Bahraini Parliament because of their political opinions and criticism of government officials and bodies.

Bahrain Center for Human Rights has monitored the cases of former MPs, both Sunni and Shia Muslims, that have been punished in a variety of ways because of their political opinions. It demonstrates the constraints on freedom of expression and opinion against all citizens, including MPs in Bahrain.

Former MP, Jawad Fairooz, a member of al Wefaq opposition party and president of Bahrain SALAM for Human Rights confirmed that he was threatened during his time as MP from 2006 to 2011. Mr Fairooz was warned by a media personality that the State does not accept his activism and questioning of the government, and revenge against him will be sought “sooner or later”. On 2 May 2011, Mr Fairooz was arrested during the severe national security crackdown against anyone who showed support for the popular national demonstrations in February 2011. He was left in solitary confinement for more than 43 days and was subjected to physical and psychological torture before being released in August 2011 (1).

Mr Fairooz further stated that one of the investigators in the security apparatus said to him: “who do you think yourself to question and hold accountable the ruling family figures, even if they are ministers”.

Mr Fairooz was charged in a military court and was sentenced to imprisonment for 15 months in November 2012 after he was charged for an offence relating to freedom of opinion (2). The sentence coincided with the decision by the Interior Minister to strip 31 Bahrainis of their nationality, which included Mr Fairooz. His house was attacked on numerous occasions with Molotov cocktails and his pension fund has been ceased. His family has been targeted too, with his wife being briefly arrested in 2011, and has been harassed at work. Mr Fairooz was travelling outside of Bahrain when his citizenship was revoked, thus forcing him to seek asylum.

Mr Fairooz was not the only MP that was subjected to arrest and torture in the security crackdown in 2011, as another MP, Matar Matar, was also arrested on 2 May 2011 and was tortured as well according to reports (3). He too was released in August 2011 (4).

In November 2012, former MP Jalal Fairooz had his citizenship revoked whilst he was travelling abroad. His wife was targeted at her workplace and his daughter was expelled from her university as a form of retaliation against him.

In September 2013, former MP Khalil Al-Marzooq, the chairman of al Wefaq in Parliament, was arrested. He was detained for more than a month and was released on 24 October 2013 (5).

Further, in May 2014, Osama Al-Tamimi’s Parliamentary membership was revoked. Mr Al-Tamimi was also prevented from accessing his pension fund (6). He was arrested again in October 2014, charged with abusing police officers, with sentencing against him still on-going. His business place was attacked by armed forces in May 2012 after his criticism of the Prime Minister of Bahrain (7).

In December 2014, former MP Sheikh Ali Salman, Secretary General of al Wefaq and leader of the largest parliamentary opposition, was arrested and remains imprisoned following investigations of charges against his political statements (8). On a previous occasion, a tear-gas canister was directed at him, which caused major injuries to another who received the blow. Sheikh Ali Salman has been called in numerous times for investigations since 2011, and was investigated by the Military Prosecution. His house has been repeatedly hit with tear-gas canisters.

On 25 December 2014, former MP, Khalid Abdil-Aal, was called in for questioning by the Public Prosecution because of criticisms he tweeted in April 2014, charging him with the offence of “slandering the Ministry of Interior” (9).

In addition, on 14 January 2015, former MP, Jameel Kadhim, chariman of the consultative council of al Wefaq, was sentenced to 6 months in prison following the charge of “disrupting elections”. The Justice Minister brought forward the case against Mr Kadhim because of tweets he made where he suggested “political money runs in the election” (10).

As a result of this rhetoric, the Inter-Parliamentary Union has described Bahrain as one of the most dangerous of 7 countries in the middle-east for MPs that are active in human rights (11).

Bahrain Center for Human Rights has expressed its grave concerns regarding the absence of freedoms of expression and opinion in Bahrain, and that Bahraini MPs have paid a hefty price for exercising their rights in this regard. What they are experiencing from arrests and judicial-hounding to imprisonment is seen as revenge against their human rights and political activities.

In light of what has happened, Bahrain Center for Human Rights demands the following from the Bahraini Government:

1- The prompt release of Sheikh Ali Salman and Jameel Kadhim along with all activists, political or otherwise, that are in Bahraini prisons, aswell as to drop the charges against them.

2- Cease revengeful crackdowns against former opposition MPs, which are being carried out in violation of their right to freedom of expression.

3- Ensure that all MPs are able to exercise their rights and duties in inspecting and questioning senior officials in Parliament without fear of reprisals.