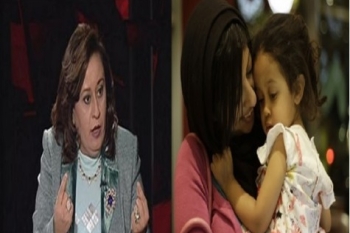 On Tuesday 02 June 2015, a Bahraini court sentenced activist Zainab Al-Khawaja to an additional nine months in prison, increasing her prison sentence in Bahrain to 5 years and one month, in addition to  previous sentences. On this occasion, she was charged with entering a restricted area while trying to visit her father Abdulhadi Al-Khawaja, who is serving a life sentence at Bahrain’s Jau Prison. Although, the sentence was suspended pending appeal on payment of 500 BD.  (approx. USD$1325),  Zainab Al-Khawaja is a mother of two, who has been arrested several times and jailed for 12 months  in recent years due to her involvement in pro-democracy demonstrations.

On 04 December, Zainab Al-Khawaja was sentenced to three years’ imprisonment for ‘insulting the King’ as well as received  a fine of 3,000 BD. (approx. $8,000 USD). These charges were related to Zainab Al-Khawaja’s exercise of her right to l freedom of expression where she tore up a photo of the King. The court set a bail fee of 100 BD.(approx. $265 USD) for putting the sentence on hold until the appeal trial outcome.

Meanwhile, on 09 December 2014, Zainab Al-Khawaja had three hearings when she was sentenced to one year in prison for allegedly “insulting a public officer.” as well as four-month sentence for “destroying government property.”  The above charges against Zainab Al-Khawaja represent a pattern of the Bahraini government’s attack on freedom of expression. Alkhawaja is expecting appeal trial on these cases on 13 September 2015.

In a similar development, on Tuesday 9 of June. Ghada Jamsheer, writer, blogger and human rights activists, was condemned to one year and eight months in prison regarding some messages she posted on Twitter about the corruption occurring at King Hamad Hospital.

Jamsheer has been charged with ‘ defaming a number of official employees on her Twitter account’ after the complaint filed by Salman Attiyat Allah Al Khalifa, a member of the Bahraini ruling family and the head of the hospital.

It should be mentioned that Jamsheer, whose blog http://bahrain-eve.blogspot.com/ has been blocked in Bahrain since at least 2009, was previously arrested  and detained in Semptember 2014 for over three months for charges of deflamation on Twitter.  In addition in March 2015 Ghada Jamsheer was  banned by the authorities from traveling, after she attempted to fly to France via Bahrain International airport to receive medical treatments. The BCHR believes that by enforcing such bans, the government of Bahrain continue in its attempt to clamp down on activists and restrict their movements.

The BCHR affirms that the sentence against the aforementioned human rights defenders is in direct violation of their right to freedom of expression and therefore call on the authorities to: