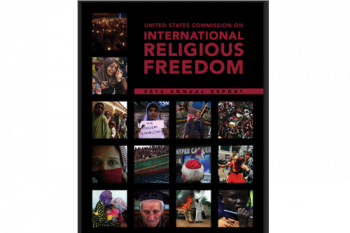 During the past year, there was an increase in the number of interrogations, detentions, and arbitrary arrests of Shi’a Muslims, including clerics, for peaceful protests and criticizing the government’s human rights and religious freedom record. While the Bahraini government has made significant progress in rebuilding 30 mosques and religious structures it destroyed during unrest in the spring of 2011, it did not meet its self-imposed deadline to complete the process by the end of 2014. In addition, the government has yet to fully implement recommendations from the Bahrain Independent Commission of Inquiry (BICI) to redress past abuses against Shi’a Muslims and further improve religious freedom conditions.
Read the full Bahrain report here
Source: http://www.uscirf.gov/news-room/press-releases/uscirf-issues-its-2016-annual-report