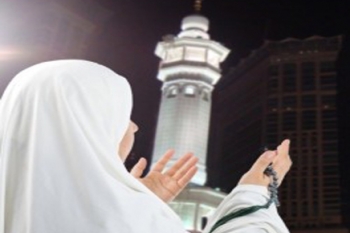 Bahrain’s Ministry of Justice has issued new regulations deemed discriminatory against Bahraini women, which prevent them from going on Hajj without a male guardian if they are below 45 years’ old. The Bahrain Center for Human Rights (BCHR) is alarmed by this new regulation that is a stark violation of women’s rights.

Bahrain’s Ministry of Justice, Endowments, and Islamic Affairs recently issued a set of new regulations for pilgrims intending to go on Hajj. According to these new regulations, female pilgrims under the age of 45 are now obliged to be accompanied by a guardian, a close male relative such as a husband, father, brother, or son, if travelling to Mecca.

The new regulations constitutes a violation of the Convention on the Elimination of All Forms of Discrimination against Women (CEDAW), through which signatory states such as Bahrain commit themselves to undertake and implement measures to end discrimination against women of all kinds. Discrimination is defined as “any distinction, exclusion or restriction made on the basis of sex which has the effect or purpose of impairing or nullifying the recognition, enjoyment or exercise by women, irrespective of their marital status, on a basis of equality of men and women, of human rights and fundamental freedoms in the political, economic, social, cultural, civil or any other field.”

Under the new regulations, Bahraini women become increasingly deprived of their rights of decision-making and their right to free movement since the decision to go on Hajj is no longer up to the women themselves but to their male relatives. Additionally, the new rules impose another obstacle and discrimination, restricting women in their religious freedom. Women of that age group are now either fully dependent on their husband’s or father’s time schedule and willingness, or totally restrained from visiting Islam’s most sacred place of worship in case their male relatives are not able or not willing to accompany them.

This violates Article 13 of the Universal Declaration of Human Rights (UDHR), which states that “a citizen also has the right to leave any country, including his [or her] own, and to return to his [or her] country at any time.” It also violates Article 18 of the International Covenant on Civil and Political Rights (ICCPR), which guarantees the right to freedom of religion, stating that “everyone shall have the right to freedom of thought, conscience and religion. This right shall include freedom to either individually or in community with others and in public or private, to manifest his [or her] religion or belief in worship, observance, practice and teaching.”

The new Hajj travel requirements degrade women to second-class citizens, with less freedoms than men, despite constitutional and international provisions for freedom of worship as well as female equality and emancipation, which have also been officially acknowledged by the government of Bahrain. By announcing the new travel regulations and targeting women, the Bahraini government has proved once more that its actions lacks the necessary commitment and efforts to ensure the rights of its citizens.

Based on the abovementioned, the Bahrain Center for Human Rights condemns any kind of paternalism and discrimination of women and restrictions of fundamental religious rights and therefore calls upon the government of Bahrain: