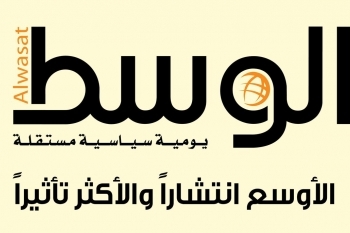 Today, Sunday 4 June, Bahrain’s Ministry of Information Affairs issued an order to suspend the only independent news publication in the country, Alwasat, “until further notice.” The Bahrain Center for Human Rights is extremely concerned about the suspension of Alwasat and the increasingly harsh crackdown on press freedom, and those peacefully exercising their right to freedom of expression.

According to the paper’s editor, Mansoor Al-Jamri, on 4 June Bahrain’s Ministry of Information Affairs (MIA) initially issued the order for the closure of Alwasat verbally, and then later in a statement issued by the state-run Bahrain News Agency. The statement referred to a column published in its daily edition on 4 June that the state alleged would stir divisions in the country, would negatively affect the relations of the kingdom of Bahrain with other countries, and demonstrated Alwasat’s “recurrent violation of the law”.

Al-Jamri identified the story as a column on page 19 of its Sunday edition which focused on protests that have taken place recently in northern Morocco, in the town of El Hoceima. An area which has been subject to unrest since October.

Alwasat, established in 2002, is the only independent newspaper in Bahrain, and has been subjected to repeated acts of harassment. In 2010 it was banned from broadcasting audio reports, and interviews on its website. Alwasat has been closed suddenly on three occasions. In April 2011 during the crackdown on civil society that followed the February 14 protests,  the MIA suspended the newspaper from publishing for a day, and only allowed its activities to resume after the resignation of senior staff. In 2015 the publication was suspended a second time for a total of two days, allegedly because the paper had used the term “martyrs” in a report on Bahraini military casualties in Yemen. The following year, in January 2016, the MIA banned all newspapers from using the online media tool, Youtube, for video reports, and Alwasat was forced to close its video section until  August 2016.  Most recently, in January, the newspaper was briefly banned from publishing content online, effectively suspending its online presence, allegedly for “inciting spirit of division and harming national unity.” The print edition was not suspended from publication. The suspension was linked to its decision to lead its 16 January print edition with frontpage headlines of the 15 January execution. The article featured photos of the executed victims, reported on popular reactions on the streets and featured the views of independent local and international NGOs.

Press freedom in Bahrain is severely restricted, foreign journalists have been denied entry to the country, whilst local international media correspondents have been prevented from working with foreign news agency’s. Nazeeha Saeed, a correspondent for France 24 and Radio Monte Carlo Doualiya was recently charged with practicing journalism without a license, after her request for a permit renewal was rejected, Saeed was fined in absentia.

BCHR urge the Government of Bahrain to: