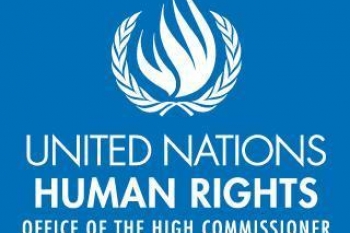 GENEVA (18 July 2017) – A group of United Nations experts* has expressed deep concern at the alleged arbitrary detention of Bahraini human rights defender Ebtisam Alsaegh amid reports she has been tortured and sexually abused and is now on hunger strike.

“Ms. Alsaegh has been denied her fundamental right to due process from the very moment of her arrest to this day,” the experts said. “We are very worried at information that her health has dramatically deteriorated in the last few days.”

According to reports received by the experts, Ms. Alsaegh was detained on 4 July when Bahraini security forces raided her home. She is reportedly being held in solitary confinement at Isa Town women’s prison, and is being transported daily to an unknown location where she is interrogated for up to 14 hours without access to a lawyer.

Previous to her detention, on 26 May, Ms. Alsaegh was subjected to a seven-hour interrogation by officers of the National Security Agency, during which she was kept blindfolded and forced to stand up, while reportedly being beaten all over her body and sexually assaulted.

“We express the gravest concern at these allegations of torture and ill-treatment suffered by Ms. Alsaegh and we fear that she may be currently subjected to further acts of torture,” the experts said.

“The use or incitement of torture and other cruel, inhuman or degrading treatment or punishment is absolutely prohibited, under all circumstances.”

The experts called upon the Government of Bahrain to strictly abide by its obligations under international human rights law.

“The Bahraini authorities have a duty to investigate all allegations of human rights violations committed against Ms. Alsaegh, including torture by security forces during interrogations, and to prevent their re-occurrence,” they emphasized.

Ms. Alsaegh’s alleged treatment comes amid an ongoing campaign of attacks and reprisals against human rights defenders and political activists in Bahrain.

“We reiterate our serious concerns regarding the wider context of a general crackdown and mounting pressure exerted on civil society and dissidents in Bahrain, the ongoing prosecution and punishment of human rights defenders, and especially intimidation and reprisals against people who have cooperated with UN human rights mechanisms,” the experts underscored.

The experts are in contact with the Government of Bahrain about Ms. Alsaegh’s situation.