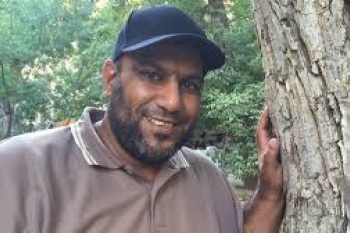 We write to seek clarification on the reasons for the detention, current legal status, and detention location of Sayed Alawi Hussain al-Alawi, 43, and to raise our concern that he is at high risk of torture or other ill-treatment, and that the ongoing denial of information to his families as to his whereabouts is tantamount to enforced disappearance.

Sayed Alawi has been detained for over nine months, with no access to a lawyer or to his family since his arrest. During this time, he was allowed only four brief phone calls to his family, who has repeatedly inquired during this time about the reasons for and location of his detention. To date, the authorities have not provided this information.

Sayed Alawi was arrested at his work in Muharraq by four armed men in civilian clothing at around 4pm on 24 October 2016. His work phone and computer were confiscated. The same day his wife filed a missing person report at Budaya police station. Staff at the station contacted all detention facilities falling under the control of the Ministry of Interior, including the Central Investigation Directorate (CID), as well as hospitals and ports in Bahrain, and they all asserted to the police station staff that they knew nothing about his whereabouts. About 45 minutes after his wife left the police station, she received a call from a staff member of the station saying that he was being held at the CID and asking her to cancel the missing person report, which she did. On 26 October, the family went to the CID and was told by CID staff that he was not there.

Despite CID staff initially denying several times to the family that Sayed Alawi was in their custody, his wife received a call from the CID on 3 November at about 6pm stating that he had been transferred to Dry Dock prison. When his family went to Dry Dock prison on 6 November, the prison authorities told them that he was not in their custody and referred his family to the Public Prosecution Office (PPO), which likewise denied having him in their custody. On 10 November, Sayed Alawi’s family handed in a letter to the PPO requesting to visit him, but they received no response.

On 27 November, Sayed Alawi called his family in a four-minute phone call and told them that he was being held at the CID. According to his family, he sounded exhausted. When his family called the PPO on 4 December to follow up on their visit request, they were told that the PPO had not looked at their first letter and were asked to send another visit request, which they did. His family was also told by the PPO that Sayed Alawi had been taken to the Terrorism Prosecution Unit but did not say under what charges or when this had taken place.

On 14 December, Sayed Alawi called his family for around eight minutes and told them he was at the CID. When his family asked him again where he was and what charges were being brought against him, the line went dead.

Sayed Alawi’s family has made numerous attempts to contact the CID for information and to arrange a visit with Sayed Alawi but without success. On 22 January 2017 the family requested a meeting with the director of the CID who declined to meet them, but on 23 January they received a call saying that they had an appointment with the director the next day at 10am. However, this meeting was not with the director as they had been informed it would be. They were instead met by a man who said that the case was confidential and that he could not disclose any information. When they asked him who he was, he only said that his name was Faisal. When his family told the man that they expected him to have information as they had been told to meet with him, he became furious and repeated that the case was confidential and that he could not give details.

Amnesty International wrote to the Minister of Interior and Public Prosecutor on 13 January 2017 to seek urgent clarification regarding the reasons for Sayed Alawi’s arrest, his detention location and the legal basis for that detention but received no response.

The family has also filed multiple complaints with Bahrain’s human rights institutions. On 1 December Sayed Alawi’s wife filed a complaint at the Ombudsman’s office stating that they were worried about his safety as they had not been granted a visit, had only received a call from him once (as the second call had not yet happened), and he had not been allowed access to a lawyer. They requested that he be examined by a forensic doctor. No reference number was assigned for their complaint. The family followed up on this complaint on five separate occasions before they were told on 10 January 2017 that the complaint had been transferred to the Special Investigations Unit (SIU) and that they should stop contacting the Ombudsman.

Sayed Alawi’s family had already made a complaint to the SIU on 12 December 2016. The case was logged and given reference number 331/2016. The family contacted the SIU again on 11 January 2017 to follow up on this complaint but was told that there was no news and that the SIU would contact the family when they had any further information. However, they followed up with the SIU again on 16 March, 20 March, and again on 2 April, but have not received any information.

The family has also made several enquiries with the National Institute for Human Rights (NIHR). On 15 December 2016, the NIHR responded saying that visits were not being allowed to protect the investigation. They followed up again on 20 December and on 29 December, and Sayed Alawi’s wife was given an appointment at the NIHR. The two staff members she met told her they were unaware of the case, so she filed a new complaint (reference number M_14) requesting that the NIHR investigate the disappearance of Sayed Alawi, find out the reason for his arrest, call for his examination by a doctor, and ensure he be granted family and lawyer visits. On 4 January 2017 Sayed Alawi’s lawyer also wrote a letter to NIHR requesting they investigate the whereabouts of his client. The family has since tried to follow up with the NIHR on 9 January by phone, but has yet to receive any information.

In the nine months since his arrest, Sayed Alawi has not had access to a lawyer and has had a total of four short phone calls to his family, the last phone call on 27 July lasting only one minute.

The right of access to a lawyer is a fundamental safeguard against torture and other ill-treatment, and is one of the key norms established for a fair trial under international human rights standards. It is important to enable detainees to challenge their detention at an early stage and serves as an important safeguard against torture and other ill-treatment, coerced “confessions”, enforced disappearance and other human rights violations. It also enables individuals suspected of or charged with a criminal offence to protect their rights and begin to prepare their defense.

In addition, persons deprived of their liberty should also be able to communicate and have contact with family members and friends, as well as medical professionals. Access should be given subject only to conditions and restrictions which are necessary and proportionate to a legitimate aim. Under international law and standards, anyone who is arrested and detained has the right to inform, or have the authorities notify, someone in the outside world that they have been taken into custody and where they are held. In addition, they should be given all reasonable facilities to communicate with and receive visits from their family. Like the right of access to a lawyer, the right of detainees to communicate with the outside world and to receive visits is a key safeguard against torture and other ill-treatment and other human rights violations. It enables persons concerned about the wellbeing of detainees to see where they are held and their condition so as to be able to intervene on their behalf if there is reason for concern. It is also a key safeguard against enforced disappearances.

We continue to receive reports of torture and other ill-treatment of detainees during interrogation at the CID and National Security Agency buildings. In view of this and the circumstances of his detention described in this letter, we are seriously concerned about Sayed Alawi’s current treatment and safety and believe he is at risk of torture and other ill-treatment. We also believe that the ongoing denial of information to his family as to his whereabouts amounts to enforced disappearance. We are also concerned that he may be brought before a military court and requests assurances that no civilian, including Sayed Alawi, will be tried before a military court, in line with international standards.

We would therefore like to seek urgent clarification regarding the location of Sayed Alawi and the legal basis for his detention as well as what charges, if any, have been brought against him. We urge you to provide Sayed Alawi with prompt and regular access to his lawyer, family and any medical attention he may require. We also urge you to release him unless he is to be charged with a recognizable criminal offence.

We look forward to receiving your response on this urgent matter as we intend to make public our concerns in the near future.

Bahrain Institute for Rights and Democracy