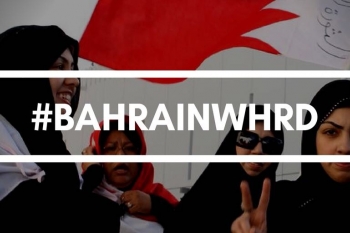 In 2016 and 2017, as international pressure on the Bahraini authorities was reduced significantly, the repression of dissent intensified simultaneously in the Kingdom. The attention of the international community, and the UN Human Rights Council in particular, moved on, despite numerous reports by international NGOs of cases of reprisals for cooperating with the UN, arbitrary arrests, unlawful detentions, torture in detention, interrogation for long hours, and intrusive government surveillance of activists. Key allies of Bahrain, like the UK, even obstructed any adequate or meaningful response from the UN political bodies.

While these patterns of repression are well-documented, though not appropriately addressed, even less attention has been paid to the fact that female activists became a predominant target. The women’s rights issue has been used for many years by the Bahraini authorities to score points on “reforms” and to present a “moderate” face to the world. This picture has never been really challenged as most women’s organizations in Bahrain are government-sponsored. At their Universal Periodic Review (UPR) outcome in Geneva in September 2017, the Bahraini Assistant Foreign Minister Abdulla Faisal Aldoseri proudly announced a new family law “reflecting the commitment of the Kingdom to the Convention on the Elimination of Discrimination against Women” (CEDAW), but failed to respond to the horrific reports that emerged in May and July of sexual abuses committed by two members of the National Security Agency (NSA) against Women’s Rights Defender Ebtisam Al-Saegh.

The year 2017 witnessed many violations of the rights of female prisoners detained in the women’s section of Isa Town Prison, committed by the Criminal Investigations Directorate (CID) and the General Prosecution with the complicity of the administration of the prison in Isa Town.

In 2017 alone, the Bahrain Center for Human Rights (BCHR) documented the detention of nine women related to their activism or political activities, or that of their family members. Two women, Ameera Abd Aljalil and Faten Husain, were arrested (Abd Aljalil on 9 February 2017), and charged under the anti-terrorism law and then tried before military Courts on 22 August 2017, simply because of the suspected association of their relatives with political parties.

In eight cases, the new Anti-terrorism law was used to detain the women without charge, including the recently released activist Ebtisam Al-Saegh and blogger Rawan Sangoor1. Amendments to the 2006 anti-terrorism were adopted in August 2013, and then again in December 2015, allowing amongst others, the Public prosecution to renew any detention for up to six months “pending investigation,” and depriving people of citizenship if they were convicted of crimes under the law.

BCHR interviewed five Bahraini activists who were detained and have been abused, harassed or tortured in detention. Ebtisam Al-Saegh reported about being beaten and raped by two security officers during her interrogations in July 2017. Other former detainees confirmed the use of sexual violence, harassment, and verbal abuse during interrogations by the NSA in the CID facilities and very poor detention conditions in Isa Town women’s prison. Five women prisoners went on hunger strike on 7 October 2017 for several weeks to protest the degrading conditions they were enduring at Isa prison. Activists and political detainees reported being held in cells with insects and being deprived of access to adequate food. They were also barred from having direct contact with their relatives during family visits, after a barrier was constructed in the visiting rooms.

All the activists interviewed by BCHR said they had to practise self-censorship because of fears for their own safety or of reprisals against their families. Many of them abandoned their work or fled the country.

Another women’s rights defender told BCHR: “I am afraid to talk. I am a mother and I feel worried for my children. Women who spoke out about issues like sexual violence used by the security services or the situation of women detainees have been harassed and threatened.”

For female journalists, the consequences of publishing articles about human rights can include prosecution and torture, as the case of Nazeeha Saeed, the most prominent Bahraini female journalist, illustrates. After her coverage of the 2011 protests, where she witnessed police officers killing a man at a protest and challenged the government narrative of events, the Bahraini police subjected her to hours of torture, ill-treatment and humiliation. Nobody has been brought to justice for that torture, after a court failed to convict a police woman alleged to have carried out the torture, despite evidence proving the abuse.

1 The head of Manama’s Prosecution of Terrorist Crimes initiated an investigation against Ebtisam Al-Saegh into allegations of organizing and running an illegal group aimed at preventing state institutions from carrying out their work, initiating attacks on the individuals’ personal freedom and damaging national unity through means of terrorism. Manama’s public prosecutor investigated Rawan Sangoor for “communicating with foreign organizations”.