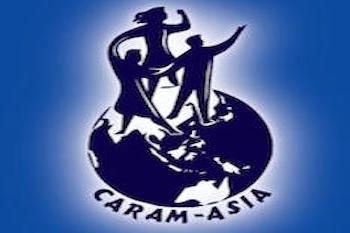 On December 18, 1990, the General Assembly adopted the international Convention on the Protection of the Rights of Migrant Workers and Members of their Families, and it is on this day we celebrate International Migrants Day. We are supposed to be reminded of the enormous contribution migrants make to the global economy, to societies and communities in both source and destination countries. Instead, we are being reminded of the hardships they face on a daily basis.

According to global estimates on migrant workers by the UN and the ILO, there are 244 million international migrants, of which 150 million migrants are in the global workforce and 75 million international migrants are living in Asia. South Asia and Southeast Asia are comprised of many heavily populous, low-income and developing countries, which aim to export manpower to ease unemployment at home and earn foreign exchange in the form of remittances.

Despite the enormous contribution of migrant workers to the economies of their host countries and the remittances they send home, which help to maintain their families and boost the economies of their countries of origin, this sizeable population continues to endure hardship in silence.  The obligation of protecting migrant workers’ rights rests equally upon both source and destination countries. Unfortunately, governments commonly treat migrant workers as commodities. As a result, many migrants and migrant domestic workers suffer rights violations at the hands of employers, recruiting agents and other involved actors. Violations range from exploitation in the form of unpaid wages and wrongful dismissal, non-existence of employment contract or contract substitution, withholding of passports by employers, violence in the form of verbal/physical abuses, threats, wrongful arrest and detention, denial of medical care /treatment, and even torture.

CARAM Asia, together with its 42 member organizations in 22 countries across Asia, urges all countries sending and receiving migrants to urgently provide protection mechanisms for migrant workers’ and to continue to work for wider ratification and practice of international conventions which provide migrants with rights protections including but not limited to: the International Convention on the Protection of the Rights of All Migrant Workers and Members of their Families; ILO Convention 143 (Convention concerning Migrations in Abusive Conditions and the Promotion of Equality of Opportunity and Treatment of Migrant Workers), and ILO Convention 189 for Decent Work for Domestic Workers.

In the six years since the International Labour Organization adopted Convention 189 on Decent Work for Domestic Workers in 2011, governments in nearly 50 countries have adopted labour reforms and policies and updated their legislation to provide better employment protection for domestic workers, and 24 countries have already ratified the Convention.  Within Asia Pacific, only the Philippines has ratified Convention 189, meaning that many source countries in the Asia Pacific do not provide their own citizens working as domestic workers proper protections as stipulated under Convention 189.

ITUC reports there are over 67 million domestic workers in the world, the vast majority of them women. More than 11 million are migrant workers. Outside the official figures, some 17 million children are believed to be trapped in domestic work, many in conditions of forced labour. As long as domestic work remains unrecognized as formal work and beyond commensurate protections, abuse, sub-par wages and excessive working hours will remain the standard. However, there are some good practices, such as allowing domestic workers to organize into associations or unions in some countries.  However, in some countries there are systems in place like the sponsorship system known as the Kafala system. A system whereby an individual’s right to work and legal presence is dependent on his or her employer.  With tight restrictions on changing employers, this dependency renders workers vulnerable to exploitation. Bad practices, such as travel bans and the Kafala style systems, need to be culled.

According to the UN Treaty Collection Report, globally only 49 countries have ratified the International Convention on the Protection of the Rights of All Migrant Workers and Members of their Families.  Again we need to emphasise that Asian countries which send their citizens out to various parts of the world to Asia and Middle East to work have not ratified these important conventions. These countries’ reluctance demonstrates a lack of commitment to securing protections for their citizens who go abroad to work.  It is clear that the objectives of the labour sending countries is to earn foreign remittances at any cost, and for the labour receiving countries it is to get work done with reduced wages regardless of violations of international labour standards.

Governments are enforcing strict new laws and cracking down on undocumented migrants as a “national security” measure. This is problematic as it catches up those who may be victims of forced labour or trafficking in persons, and those who may be undocumented due to the negligence and/or exploitation by employers or agents and/or syndicates.

Crackdowns have been implemented in these countries for many years, but this has not helped authorities to solve the problem of regularizing labour migration. It has further victimized this vulnerable group, and left many in detention or deported back home to crushing debts paid to agents in order to have migrated in the first place.  Rather than punish migrants, governments need to address the root causes of migration and resolve systematic issues in the recruitment process which allow agents and middlemen to take advantage of migrants.

On September 19, 2016 the United Nations General Assembly adopted a set of commitments during its summit on large movements of refugees and migrants to enhance the protection of refugees and migrants. These commitments are known as the New York Declaration for Refugees and Migrants (NY Declaration). The NY Declaration reaffirms the importance of the international protection regime and represents a commitment by Member States to strengthen and enhance mechanisms to protect people on the move. It paves the way for the adoption of two new global compacts in 2018: the Global Compact on Refugees and the Global Compact for Safe, Orderly and Regular Migration.

CARAM Asia feels strongly that the voices of migrant workers should be included in the Global Compact on Safe, Regular and Orderly Migration drafting process, that migrant organisations and communities must be allowed to speak out on their own behalf, and that the Global Compact should be a rights-based document.  Global leaders need to address the root causes of migration and provide decent work opportunities in home countries so that migration becomes an option rather than a necessity, and provide proper protections for those who do chose to migrate.

On this International Migrants’ Day, CARAM Asia and all member organizations in migrant sending and receiving countries reiterate our call to all governments to:

CARAM Asia (Coordination of Action Research on AIDS and Mobility) is a regional network of 42 organizations in 22 countries across Asia and has Special Consultative Status with the Economic and Social Council of the United Nations.