Bahrain: Relatives of exiled activists continue to be targeted amid ongoing unrest 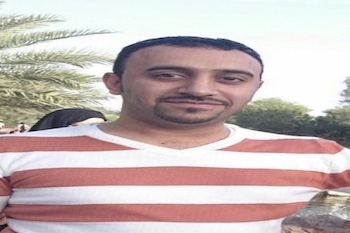 The signatory organizations confirmed that they have monitored and documented the abuse committed by members of the security services against Yunes Ahmed Sultan, a Bahraini citizen, who is also the brother of human rights defender Mohammed Sultan, member of Bahrain Center for Human Rights. This abuse had revealed the extent of the involvement of the security services in targeting and harassing the families of human rights activists, as well as the torture policy that has become systematic, rampant and frequent, accompanied by methods of sexual assault and harassment.

The latest victim is Yunes, who was subjected to physical and psychological torture and degrading treatment, was indeed sexually assaulted by officer Taher Al Alawi on November 26, 2017 in the Southern Province Police Station (Hamad Town, Roundabout 17). Yunes was coerced to work and cooperate with the security agencies to monitor human rights activity and monitor the activities of human rights organizations cooperating with the United Nations' human rights mechanisms. (The victim's statement is attached with this statement).

The undersigned organizations demand the Government of Bahrain to open a genuine investigation into this incident and stop the targeting and harassment of human rights activists and their families. The Government of Bahrain is bound by Article 2 of the United Nations' Declaration on the Protection of Human Rights Defenders.  The signatories also call on Bahrain to invite the Special Rapporteur on the Situation of Human Rights Defenders, Mr. Michel Forst, to visit Bahrain in order to stand upon the real situation of human rights defenders and their families.

"Yunes Ahmed Sultan", is a Bahraini citizen who has been interrogated, tortured, and threatened by Bahraini police officers on two recent occasions in November 2017.

On 19 November 2017, officers at the Southern Province Police Station (Hamad Town, Roundabout 17) called Yunes Sultan and ordered him to come to the station. He arrived 15 minutes later, and officers took him to the investigation officer's bureau.

The investigation officer questioned him about the activities of his brother Mohamed Sultan, a Bahraini refugee currently residing in France and two other exiled Bahraini rights activists, Sayed Yousif AlMuhafda, vice president of SALAM for Democracy and Human Rights, currently based in Germany and Hussain Jawad, Chairman of the European Bahraini Organisation for Human Rights, based also in France.

During the investigation, the officer accused Yunes Sultan of meeting with exiled human rights defenders in France and Germany, and of cooperating with others to overthrow the government in Bahrain. Sultan denied these charges, and the officer called two other policemen who threatened to beat him and sexually assault him.

The officer also offered him financial rewards in order to provide him with intelligence on the activits' movements and work.

On 26 November 2017, officers at the station called Sultan again and asked him to come and see officer Taher Al Alawi. Sultan arrived and was taken to officer Al Alawi's office. Officer Al Alawi offered him tea or water, Sultan first said "no, thanks" but the officer insisted, and Sultan chose water. Officer Al Alawi instead threw the water in Sultan's face and began to insult him and his religious beliefs.

Officer Al Alawi stated that they had evidence against him, and brought a laptop with photos of him in public ceremonies with a number of public figures, including Nabeel Rajab and others. Again, Sultan denied any criminal activities, and stated that he could not recall details of any conversations he had with these public figures.

Two officers pinned Sultan to the wall, and officer Al Alawi told them "Do what you wish." The three officers began beating Sultan and started stripping him off his clothes, and sexually assaulting him. They also began kicking him on different parts of his body.

Officer Al Alawi ordered the other officers to leave the room and take all Sultan's clothes away. Officer Al Alawi resumed the investigations with Sultan while totally naked and again accused him of "terrorist activities", and pressured him to provide information on his brother Mohamed Sultan and Yousif AlMuhafdah and Hussain Jawad, or he would charge him with various crimes linked to terrorism and collusion.

Later, the police guards returned Sultan's clothes and ordered him to dress. He later discovered that the underwear he was given was not even his own!

Yunes said that the officers told him he has 15 days to think about their offer and to come back to the police station. The fifteenth day ended on Monday, 11 December. From then on, they have called him numerous times but out of fear he did not answer any of the calls. On the 13th of December, at 1:00 AM precisely, Sultan received a call from officer Al Alawi in which he directly threatened him and said: "are you afraid of me? A call at this time of the night would of course scare you, wouldn’t it? Your deadline has finished"!

Yunes Sultan said he was intimidated and out of fear for his safety and wellbeing he is now in France where he began the process of filing an asylum claim after fleeing Bahrain on the same day of the 13th of December 2017.