Bahraini courts strip 26 of their nationalities on three consecutive days 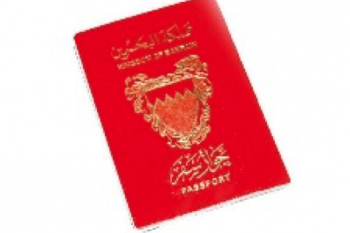 Bahrain Center for Human Rights (BCHR) expresses great concerns over continuously revoking the nationalities of human rights activists, political prisoners and whoever dares to declare critical opinions against the politics of the Bahraini government. This systematic policy does not only violate the international conventions that emphasise on citizens’ right to maintain their citizenships but it also neglects the humanitarian implications of such conduct.

Bahraini courts have lately issued sentences, over different charges, stripping 26 Bahraini citizens of their nationality within three consecutive days only.  On 29 October 2017, the High Criminal Court issued a verdict stripping two Bahrainis of their nationality, Hasan Jaafar Al-Sadadi and Hasan Ali Al-Shamr.  They were sentenced to 7 and 10 years in prison [with a BD100 thousands fine] respectively on charges of receiving weapons training and funds from terrorist groups.

BCHR has learnt that Al-Shamr who had been arrested by forces in civilian clothing on 1 January 2017, was subjected to psychological and physical torture while being interrogated in the Criminal Investigations Directorate (CID) for 28 days. He told his family that he had to “confess” to “save his life and avoid the unbearable torture.” Al-Shamr said that he was intending to deny the confessions he made, later in the Public Prosecution Office (PPO). However, he was threatened [by a member of the CID] that he would be tortured again and taken back to the CID building if he denied the confessions/charges in the PPO.

He found himself forced to sign false confessions that were extracted under torture. As a result, the prosecutor ordered a 6 month detention on the basis of the Terrorism Law which allows for a prolonged period of pre-charge detention. “He looks like he lost at least 20 kilos of his weight,” his family said after visiting him on 29 October 2017.

On 30 October 2017, seven defendants were sentenced to life in prison and stripped of their nationality on charges related to what is called “Al-Basta group.” The online activist Ali Al-Mearaj, and journalist Mahmoud Al-Jazeeri were among the defendants. They were convicted on charges of forming a terror cell called Al-Basta which – according to Bahrain’s authorities- has links and “collaboration with the Iranian Revolutionary Guards” and Hezbollah. Some defendants claimed that they were forced to sign false confessions while being subjected to severe physical and psychological torture but the court has never investigated such allegations.

Similarly, on 31 October 2017, the Fourth High Criminal Court sentenced 10 defendants to life in prison and stripped them of their nationality on charges of associating with terrorist groups and illegally possessing a sword.

The PPO said that it has been informed that a terrorist group was captured. Their investigations conclude that a person, who already died in Iraq, had been recruiting Bahrainis to be militarily trained in Iraq and Iran.

The PPO has grounded its inferences based on the oral evidence of the prosecution witnesses [police men working in the Ministry of Interior] and the confessions of the defendants [which are usually taken under duress] and technical evidence [such as the reports of the Forensic Evidence Directorate].

Mohammed Abdul-Jalil, one of the defendants in this case, was arrested in July 2016 after illegally raiding and searching his house without presenting a valid arrest warrant. During 18 days of interrogation, Mohammed was not only tortured in the CID building in Adliya but he was also taken to the notorious Jaw Prison and tortured there in order to force him to confess that “he received military training in Iran and Iraq.” He was also threatened in the PPO not to deny these charges.

“Tell me what kind of torture that I haven’t been subjected to?” He told his mother when asked him about interrogation.

BCHR states clearly that the Bahraini courts have been neglecting the torture complaints of political prisoners and issuing cruel verdicts in blatant violations of the international standards of fair trials. The government of Bahrain has been using revocation of nationality as a mean of creating fear and intimidation.

Based on the above, BCHR call on the Bahraini authorities to: