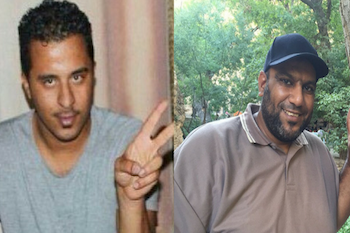 On the 21st of February 2018, the military’s high court of appeals of Bahrain will retry eight men that have been convicted after an unfair verdict, including confessions obtained under torture. Four of the men have been sentenced to death and are at risk of seeing their conviction confirmed.

On the 27th of December, after an unfair trial, the military’s high court of appeals sentenced 13 men on charges of forming a terrorist cell and attempting to assassinate a senior official of the Bahrain Defense Forces and revoked their citizenship. Five of the men are on exile and the remaining eight in custody have appealed the court’s decision.

According to the Bahrain Center for Human Rights (BCHR), the defendants were subjected to torture after their arrest.

None of the defendants were allowed to communicate with a lawyer before the trial. Some of them have had to wait for the third hearing before being allowed to contact one. Their families were threatened of retaliation if they diffused the torture allegations of the defendants. This is the first sentence handed down by a military court against civilians since the constitutional reform of the 3rd of April 2017, allowing the military court to try civilians. The rise of death sentences and military trials is the result of the authoritarian governance in Bahrain, which continues to

The upsurge in death sentences and military trials is symptomatic of authoritarian governance, which continues to lead a campaign of repression with impunity against the opposition.

The resumption of executions

22 Bahrainis are currently sentenced to death. After seven years of de facto moratorium, executions resumed a year ago. On the 15th of January 2017, Ali Al-Singace, Abbas Al-Samea and Sami Mushaima were executed after being sentenced after an unfair trial, to the point that the UN Special Rapporteur on extrajudicial executions qualified their execution as extrajudicial.

On the 29th of January 2018, the Supreme Court of Appeal confirmed a new death sentence. The Civil Court of Appeal sentenced Maher Abbas Ahmad on the 11th of May 2017 based on confessions he signed under treatment of torture. If the king ratifies his sentence, he can be executed at any moment.

The standardization of the use of military justice

In 2011, the year of the beginning of uprising in Bahrain, the National Security Court, an emergency court, founded by the Bahraini Ruler on March 15th, 2011, sentenced several human rights defenders and political opponents. Three months later, under international pressure, he ordered the creation of a Bahraini Independent Commission for Investigation (BICI) to investigate the events - namely, violent repression - that took place in Bahrain during February and March 2011. As a result, in November 2011, the BICI published a report in which it severely criticized the unfair trials led by National Security Court, demanding that a civil court retried the cases. At the time, the authorities had accepted that.

In contradiction with the recommendations of the BICI and in violation of the international laws concerning the right to a fair trial that Bahrain has signed, on the 3rd of April 2017, the monarch amended the constitution in order to give the jurisdiction of the military courts the right to try civilians. The above-mentioned 13 convicts are the first victims of this decision.