Nabeel Rajab among the 100 Global Thinkers 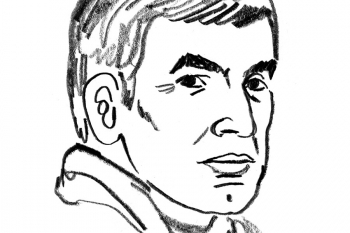 Nabeel Rajab is one of the most prominent Arab human rights defenders and has been a leading voice in the Arab Spring in Bahrain. He played a key role in Bahrain’s 2011 pro-democracy uprising but has been imprisoned for several years for dissent. Nabeel stands convicted of “spreading false rumors in time of war” and “insulting public authorities”.

Nabeel Rajab, head of the Bahrain Center for Human Rights (BCHR) and deputy secretary general of the International Federation of Human Rights (FIDH), has been detained in October 2014 on charges relating to a series of tweets in which he called to end the war in Yemen for humanitarian reasons.

Nabeel Rajab is among the most respected rights activists in the Arab world, and his rights work has been recognized internationally.Instead of honoring him for his human rights activism in Bahrain, he has been subjected in inhumane conditions and ill-treatment in prison.

In February 2018, he was sentenced to five years in prison for his tweets documenting torture in Bahrain’s prisons. He has reportedly been subjected to inhumane conditions and denied medical care in prison. Human rights organizations are campaigning for his immediate and unconditional release. Foreign Policy (FP) listed Nabeel Rajab among the top 100 list of the most important Global Thinkers of this year.