Detention robs the freedom of children in Bahrain 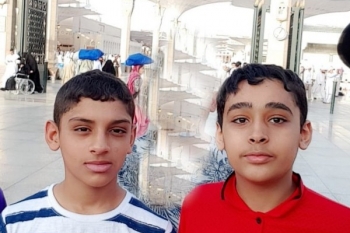 Bahrain Center for Human Rights (BCHR) condemns the arbitrary detention of children Hussein Radhi Abdullah and Ali Hussein AbdulWahab. They were detained for five days after being charged with illegal gathering. These children were among the 10 cases of detention of children under the age of 18, according to the Bahrain Center for Human Rights (BCHR) monitoring from 11 to 17 February 2019.

Arbitrary arrests were carried out during the same period. Some children were arrested by raiding their houses at early morning without a legal warrant. Others, including Hussein and Ali, were arrested from the street without knowing the reason for the arrest or even presenting the warrant. They are often investigated without a legal representative and are not allowed to communicate with the outside world. They are often subjected to psychological torture to force them to confess to the charges against them, thus arrest and imprison them, depriving them of their freedom and education.

The centre asserts that the international law obligates the authorities of any State to respect and treat the child as a minor while Bahraini authorities classify those children as “terrorists” in an attempt to justify their detention. The government of Bahrain has signed to the convention  on the Rights of Child that guarantees the safety of children which states in its 37th article that no child shall be subjected to torture or other cruel, inhuman or degrading treatment or punishment.

Based on the above, Bahrain Center for Human Rights calls on the authorities in Bahrain to: