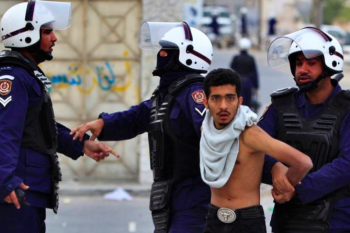 On the International Day in Support of Victims of Torture, 26 June, BCHR issues the report at hand, which takes stock of the acts and victims of torture in Bahrain in the year 2019.

Bahrain acceded to the UN Convention against Torture and Other Cruel, Inhuman or Degrading Treatment or Punishment (UN-CAT) on 6 March 1998. In accordance withits obligation under the convention, Bahrain’s report was due in 1999. However, thegovernment of Bahrain submitted its report five years late, in 2004. Although Bahrain’s firsttreaty Periodic Report was due in 2007, no Periodic Report has been submitted since.

This report provides an overview of the current status of human rights violations in Bahrain, particularly those pertaining to allegations of ill-treatment and torture of political prisoners, including minors, while held in police custody. It also provides a background on the status of torture in Bahrain by providing readers with a glance at earlier cases and events of the last few years.

Information about ill-treatment and torture, as well as other human rights violations mentioned in this report were documented by BCHR by interviewing detainees after their release, or by recording testimonies provided by the families of detainees still in custody.

In this report, BCHR documents different methods of ill-treatment and torture used by the Bahraini authorities, which range from physical to psychological torture methods. These include beatings, forced standing, electric shocks, sleep deprivation, food deprivation, humiliating and degrading treatment, threats against family members or of a sexual nature, among others which will be mentioned in more detail in this report. The methods of ill-treatment and torture are compared with the findings from the Bahrain Independent Commission of Inquiry (BICI) report and data from other reports on torture in Bahrain.

Results of the presented data raise questions about the Bahraini authorities practices of systematic arbitrary arrests, use of methods of torture and ill-treatment during interrogation, and detention of people based on politically-motivated charges. Based on the cases we have been able to document, prison sentences often rely on forced confessions, as the interviewees claim, and on more than one occasion defendants lack access to a legal representative during public prosecution.

The findings suggest that the Government of Bahrain (GoB) is not abiding by attributable international and national law with respect to the crime of torture. The alleged new cases presented in this report represent evidence of the current state of affairs in the Kingdom of Bahrain. The report concludes that the GoB, contrary to what it claims, is still practicing grave violations of human rights, including systematic use of torture as a tool to not only punish political dissent, but also instill fear of any attempt of such dissent.

In a number of recommendations, BCHR calls on the Bahraini government to abide by applicable international and national law prescriptions, and calls on the international community to take immediate steps to address the culture of impunity and the clearly illegal use of torture and ill-treatment, to which individuals continue to be subjected at the hands of the security forces of Bahrain in 2016.