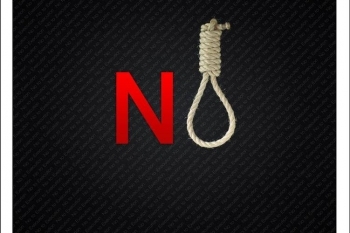 The Bahrain Center for Human Rights (BCHR) strongly condemns the execution by the Ministry of Interior of both citizens Ahmad al-Mullali and Ali al-Arab, who were executed, a few hours after their relatives visited them in Jau Central Prison. They were detained in relation with the criminal investigation of the assassination of a lieutenant, Hesham al-Hammadi.

The Interior Ministry summoned Mullali’s and Arab’s relatives to an "special visit" on Friday, one of the official holidays in Bahrain and without specifying the number of visitors, which raised fear among both families of imminent execution of their sons.

On 06 May 2016, the Supreme Court of Appeals upheld the death sentence of detainees Ahmed Issa al-Mullali and Ali Ahmad al-Arab; in addition to life imprisonment for 19 others, as well as sentences of 15 years for 17 detainees, 10 years for 9 detainees and 5 years for 11 detainees including females. The same court decided to revoke the nationality of those sentenced to more than ten years in the same case, who were 47 detainees.

The court largely based its judgment on confessions obtained under conditions of torture of Al-Mullali, Al-Arab and others, where detainees were subjected to ill-treatment and incommunicado detention in circumstances that can be considered as enforced disappearance. BCHR issued, in a previous statement, details about the physical and psychological torture that Al-Mullali and Al-Arab were subjected to in the isolation building in Jau Central Prison, including beating in sensitive places and electrocution, as well as forcing them to stand for long hours.

Amnesty International and HUman Rights Watch both issued urgent appeals to rescue detainees Ali Muhammad al-Arab and Ahmad al-Mullali, noting that they received information about being tortured in Jaw Central Prison, and called on the Bahraini authorities to retry them in accordance with international standards of fair trial, and to stop extracting confessions under torture.

The UN special rapporteur on torture has also reached out to try to save the fate of the two young men. In spite of the efforts from the International Community, the Bahraini authorities still carried out the executions on this day that represents a major stepback in the human rights situation in Bahrain and represents a lack of commitment from the Government of Bahrain to reforms.

Based on the above, the Bahrain Center for Human Rights (BCHR) calls for the following:

• Abolish the death penalty and death sentences that have been declared