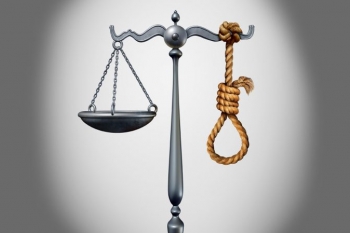 “Death Courts” is a report issued by the Bahrain Center for Human Rights (BCHR) to highlight the violations of military justice to try civilians before and after the amendment of the Military Justice Act.

In order to guarantee a fair trial, military judiciary must not have the jurisdiction to try civilians. However, the report examines how military courts in Bahrain have expanded powers and jurisdiction to prosecute civilians after constitutional amendments in 2017. The report is based on the study of Bahraini laws and legislation related to the prosecution of civilians in military courts and shows the compatibility of Bahraini laws with the International Bill and international laws. The report reviews the state of military justice and the violations of the trials.

The report concluded with recommendations to the Government of Bahrain urging them to repeal the constitutional amendment and the Military Justice Act, and also calling them to accede to the Second Optional Protocol to the International Covenant on Civil and Political Rights on the abolition of the death penalty. In addition, BCHR made recommendations to the international community to confront the death penalty and to review the situation of courts in Bahrain.