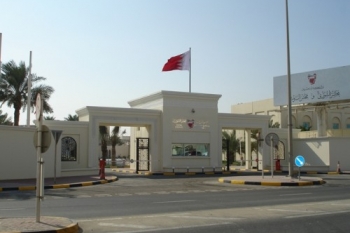 Alternative penal laws are among the pioneering ideas in which contemporary society addresses the problem of overcrowded prisons. As human thought has evolved, a new way of human interaction with the prisoner evolved according to a reformist vision, reducing pain and suffering, and easing economic burdens on the state and its financial system. This way also reduces the constant psychological and physical exhaustion of inmates and their families.

Recently, Bahrain witnessed the release of a number of prisoners within the Alternative Penal Code that Bahrain began to implement in early 2018. Among the prisoners who were released within this law, are prisoners who face cases related to the political situation in Bahrain. Previously, in November, the Bahraini authorities released three women within the same law, and then four other women were released.

After the Bahraini team won the Gulf Cup, a number of prisoners sentenced in various cases with different sentences were released gradually. They were from those who had served half of their sentence and who, according to official statements, numbered 800. The largest proportion of those released were prisoners of foreign nationalities, who were sentenced in Bahrain in drug trafficking and other criminal cases.

Indeed, the number of prisoners associated with the political crisis in Bahrain is no less than 4000 people, according to unofficial statistics, which is a large number for the total population of 1.6 million, in a country whose citizens do not exceed 45 percent. Despite the small number of released politicians, there is only a few days or months left of the sentence issued against the largest number of them, with a very limited number of those who still have five years of their sentences to serve.

The Bahrain Center for Human Rights (BCHR) believes that the beginning of the application of the Alternative Penal Code is a positive step in the right direction, and it is a step that will ensure justice for prisoners who have been subjected to harsh sentences in politically tense conditions. This step will contribute to clear the atmosphere in front of any corrective process for the deadlocked political track since 2011.

However, it is evident that the implementation of the law is very slow, especially considering the number of complaints of ill-treatment in prisons, and the denial of access to medical care and medicine. Additionally, this law was started nearly two years after the King of Bahrain ratified the same law on July 17, 2017.

BCHR considers that the steps to release political prisoners in Bahrain are still in need of a clear official intention to do so. Despite being a positive step, the implementation of the Alternative Penal Code needs more steps to support it in order to become a fixed law implemented in accordance with specific and clear criteria for every person to whom the law applies and includes prisoners who face clear political issues and issues related to freedom of expression and opinion.

Therefore, BCHR, through this statement, calls on the Bahraini authorities to lay down a clear executive plan for the implementation of the Alternative Penal Code, and to extensively include political prisoners and prisoners of conscience within this law.