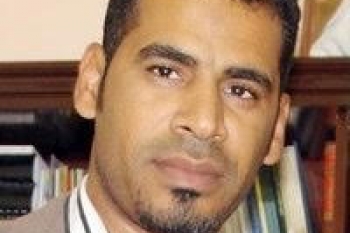 The authorities in Bahrain arrest the historical researcher Jassim Al Abbas after summoning for interrogation. The Public Prosecution decided to detain him on charges of publishing false information.

The Bahrain Center for Human Rights (BCHR) expresses deep concern over the Bahraini authorities' ongoing restrictions on public freedoms, especially the freedom of expression; those who practice this right, those who speak different opinions or are inconsistent with the views adopted by the official authorities are often targeted and punished. On 29 January 2020, the Bahraini authorities arrested the historical researcher Jassim Hussain Al Abbas, after he received a phone call requesting his presence at the Criminal Investigation Directorate in Adliya.

The arrest of the researcher Al Abbas came after he published a historical research on his blog, on the social networking site Instagram, "Years of Al Jarish",  about the history of a mosque that dates back to an ancient era. This post was deleted after the arrival of Al Abbas to the criminal investigation building, and according to the received information, the Public Prosecution accused the researcher of publishing false information through his recent research on the historic mosque, relating to the post that was deleted after his arrest. It is in this context that the public prosecutor ordered the arrest of Al Abbas for a period of seven days pending investigation.

The authority in Bahrain imposes strict measures and suffocating restrictions on freedom of expression, as it issued many tightening laws in previous periods increasing censorship on social media, and the authority is also working to punish people who express their views clearly through social media sites such as "Twitter and Instagram”, which is a violation of Article 19 of the Universal Declaration of Human Rights explicitly stating the right to freedom of expression and the right to information and its dissemination.

Although BCHR believes in the necessity of publishing and circulating the correct information, it believes that the arrest of the Al Abbas makes up one of many cases of the violation of the freedom of expression in Bahrain where opinions that do not coincide with the government’s policy are often targeted, as in the case of Nabeel Rajab, prominent human rights defender, who is serving a prison sentence for charges related to freedom of expression.

BCHR also considers that what the Bahraini authorities are doing confirms what human rights organizations and international bodies go about regarding the deteriorating human rights situation in Bahrain and the restricted freedom of expression. It is a measure that is constantly taken against individuals who publish information on their blogs or websites; these individuals are targeted and their blogs or websites are often blocked. For instance, the Bahraini authorities have been blocking the website of BCHR for years because of its work and publishing of information about human rights issues and violations taking place in Bahrain.

Therefore, the Bahrain Center for Human Rights (BCHR) calls on the Bahraini government to: