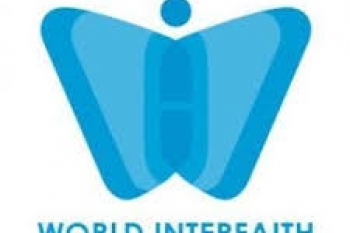 The world celebrates the World Interfaith Harmony Week from February 1 to February 7 of each year, by a decision of the United Nations General Assembly affirming that mutual understanding and interfaith dialogue constitute two important dimensions of the global culture of peace and interfaith harmony, noting the urgent need for dialogue between different religions, to enhance mutual understanding, harmony and cooperation between people.

The UN General Assembly also encourages all countries to support this week to spread the message of harmony through churches, mosques, synagogues and other places of worship of the world, on a voluntary basis and in accordance with convictions, which makes this World Week a way to promote harmony among all people regardless of religion.

With the emergence of modern administrative and legal organization, the legislation came to reinforce and standardize what was already recognized within Bahraini society. As the Constitution of Bahrain stipulates in Article 22 that: "freedom of conscience is absolute, and the state guarantees the inviolability of places of worship, and freedom to perform religious rites, processions and religious meetings in accordance with established customs in the country".

In terms of numbers, the number of mosques in Bahrain currently stands at about 1171, and the number of Maatams is about 620, while the licensed churches number to 18. It is noteworthy that the establishment of the National Evangelical Church came before more than 100 years, and is considered the oldest church in the countries of the Gulf Cooperation Council. Bahrain also hosts one of the oldest Hindu temples that was established 200 years ago, in addition to four other sub-temples, and is currently building the largest Catholic church in the Arab world.

The main problem today with this issue is the management of endowments.

The Awqaf  (endowments ) was established in Bahrain in 1927 and has been lacking administrative and financial independence since its foundation, and this is in contradiction with international laws granting sects, religions and boredom independence in managing their religious affairs without prejudice to their right to practice rituals and manage private religious affairs in accordance with their beliefs.

The Bahrain Center for Human Rights considers that the Bahraini authorities continue to impose their tight security grip and impose more stringent measures to restrict freedom of expression and immediately punish people who try to express their opinions peacefully or when they have an opinion contrary to the government’s opinion.

On this occasion, the Bahrain Center for Human Rights recalls the urgent need to affirm interfaith harmony, believing that everything that prevails in the world does not change the principle that pluralism of religions is the essence of human culture