9 years since the popular movement in Bahrain, amid an increase in the violations 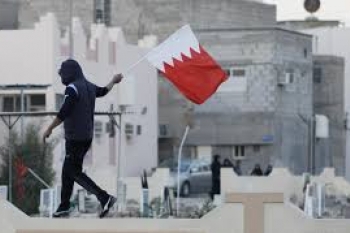 It is the ninth anniversary of the outbreak of the popular movement demanding democracy in Bahrain on February 14, 2011, when the people expressed their will to be liberated from discrimination and oppression and their insistence on achieving their right to freedom, democracy and dignity.

With the international community continuing to shamefully deal with human rights issues in Bahrain, especially the humane suffering of prisoners, the official authorities have not held those responsible for torture and other forms of ill-treatment despite the establishment of oversight mechanisms as recommended by the Bahrain Independent Commission of Inquiry (BICI).

In this regard, the Bahrain Center for Human Rights monitored the overall number of violations between the years 2011 and 2019, which can be summarized as follows:

In addition, according to the report of the International Center for Criminal Policy Research, Bahrain was ranked first according to the percentage of prisoners in the Middle East compared to the population, with a prison population of 301 per 100,000 inhabitants, and death sentences amounted to 36 rulings.

The most important forms of deteriorating human rights conditions in Bahrain are highlighted in restricting freedom of expression, confiscation of freedom of assembly and association, and widespread impunity. The rate of violations that include arbitrary arrests, unfair trials, revocation of nationality, torture and ill-treatment is also increasing, along with illegal raids of homes and residential facilities and violations of freedom of movement, prosecutions of activists, the transmission of hate speeches, and extrajudicial killings. As well as the dissolution of opposition political associations and the escalation of repression against civil society, where the National Security Agency was employed to pursue human rights and political activists in the torture cellars to prevent them from carrying out their legitimate human rights activities through the use of multiple methods of torture and coercion, including: electrical shocks, sexual harassment and the threat of targeting relatives.

It is worth mentioning that the most prominent human rights defenders in Bahrain are in prison and face ill-treatment, including  Nabeel Rajab, the president of the Bahrain Center for Human Rights, who spent two years in prison  for "spreading false news, statements and rumors about the internal situation of the Kingdom" as alleged by the authorities. Then, he immediately returned to prison again to serve a 5-year sentence for his tweets in which he criticized torture at the "Jaw Central Prison" in Bahrain and the Saudi-led military operations in Yemen. The Court of Appeal in Manama endorsed the last conviction, as it accused Rajab of "broadcasting false rumors in wartime", "insulting regular bodies" and "insulting a foreign country (Saudi Arabia)", and Rajab is detained since June 2016 until today, despite suffering from a serious skin disease, despite repeated international calls for his release, the authorities have not paid any attention to this, and have continued to imprison him, and issued in 2018 another arbitrary ruling against him.

And based on the foregoing, the Bahrain Center for Human Rights calls on the Bahraini authorities to allow the United Nations Special Rapporteurs on human rights defenders, freedom of expression, and torture to visit Bahrain immediately to meet with civil society representatives, as well as interview detainees, assess the human rights situation in the country, and work to transfer their recommendations to solve this crisis.

In addition, we call on the government of Bahrain to fulfill its promises made during the United Nations’ Universal Periodic Review (UPR) in Bahrain to support international standards that protect the rights to freedom of expression and assembly, including taking immediate steps to: